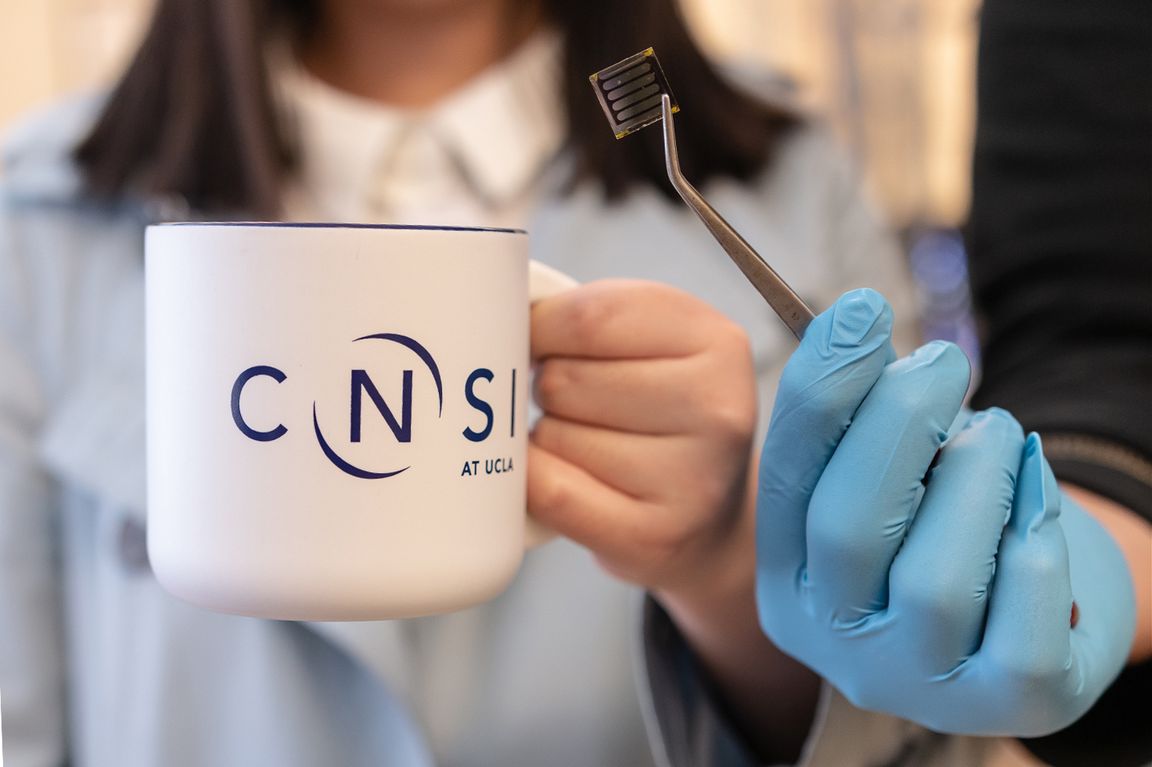 Adding caffeine to perovskite solar cells could help make them commercially viable because the chemical improves their ability to withstand sustained heat from sunlight.

Scientists at the California NanoSystems Institute at UCLA have found that caffeine improves the stability of materials under heat – a property known as thermal stability — of perovskite solar cells, which could someday replace traditional silicon-based solar cells.

The research, published today in the journal Joule, was led by Yang Yang, UCLA’s Carol and Lawrence E. Tannas Jr. Professor of Engineering.

But perovskite solar cells are not yet commercially viable, in part because of their inability to withstand sustained heat from sunlight.

“Solar cells need high thermal stability since they are constantly exposed to sunlight, which warms up the devices,” said Yang, who is also a professor of materials science and engineering at the UCLA Samueli School of Engineering. “While perovskites are an attractive option for solar cells, the materials degrade and become less stable over time. We need them to last 20 to 30 years like traditional solar cells.”

And it’s that structure that makes the solar cells highly effective at converting photons — the basic unit of light — into electricity.

The idea to test caffeine as a possible solution for perovskite cells’ thermal instability arose in March 2018 when Rui Wang, a UCLA graduate student, was drinking coffee with some colleagues. He considered caffeine’s chemical structure and wondered whether it could interact with the materials used in perovskite solar cells.

“The boiling point of caffeine is 300 degrees Celsius, which is higher than the operational temperature of solar cells, so it seemed like a possible candidate,” said Wang, a co-first author of the study.

To test whether caffeine would improve the device’s thermal stability, the team made a custom perovskite film by mixing dimethylformamide, methylammonium iodide and lead iodide to create a liquid solution, adding caffeine, and then pouring the solution onto indium tin oxide glass to form a black layer of perovskite.

They incorporated the new film into a solar cell and tested its ability to withstand high temperatures by placing it on a plate heated to 85 degrees Celsius (about 185 degrees Fahrenheit). Measuring its energy output every four days for two months, the researchers found that the device retained its thermal stability for more than 1,300 hours, or about 55 days, while preserving 86 percent of the energy it took in — a measure called power conversion efficiency.

For comparison, the team also tested a perovskite solar cell made without caffeine; it retained only 60 percent of its power conversion efficiency after 175 hours, or about seven days.

To understand why the caffeine worked, the team used a transmittance electron microscope to analyze the way that the new film’s crystalline structure evolved. They determined that there was a strong interaction — a “molecular lock” — between the caffeine and the lead ions.

“Parts of caffeine’s chemical structure were forming very strong binding with the lead ions and stabilizing the crystals,” said Jingjing Xue, a UCLA graduate student and another co-first author of the study. “The molecular lock between caffeine and lead also slowed down the growth of perovskite crystals, allowing them to align into an orientation that is beneficial for electric charge transfer.”

With an understanding of the effect of the molecular lock created by caffeine molecules, researchers now can explore whether chemicals other than caffeine could produce similar effects that further improve perovskite cells’ thermal stability.

“The molecular lock may help push perovskite solar cells to commercialization in the future,” Yang said. “Caffeine is the first compound we identified, but there may be others that can work even more efficiently.”

Yang’s research group has been investigating perovskite and other types of solar cells for several years. Its recent accomplishments include the development of a dual-layer solar cell that generates more energy from sunlight than typical solar panels.